At this moment in time, the very structure of the Administration of Southend Council is at risk. I have been criticised for complaining about a cut in my Special allowance for Chairing the Appeals Committee. All the comments and criticism have come from Labour activists and indeed Councillors. As usual with Labour, the words and the hypothesis are manipulated to create the false and seemingly fraudulent claims of "caring" Socialists. They state that I earn £1,000 for each Committee I sit upon as Chair of the Appeals Committee A. The allowance for 2012 was £4,201 which amounts to a monthly payment of £361.37. The Appeals Committee is very important and provides, if warranted, bus passes for children to get to school and as important, reviews employment disputes. Any dispute can end up in Court with potential costs of tens of thousands of pounds, having to be found by the Council and the taxpayer.

The Labour personnel criticising me do not mention the £5,041 that the Labour Chair of Licensing receives or the other allowances that other Labour Councillors receive. Of course not because Labour is the Party of envy and indeed greed as the latest events with their Lord Sewell have shown.

My basic allowance for the past few years was £8,402 plus the allowance for the Chair of Appeals Committee A which totalled (Feb 2015 Pay slip) £1,084.10 less tax of £146 giving me a monthly income of £938.10. Out of this I pay for my mobile phone, my own Internet and the power to run the Council provided lap top and all car, mileage, insurance expenses involved in my driving around the St. Luke's Ward to see residents and check on pavements, pot holes, signs, rubbish, verge damage, benefit problems and ASB problems. I work, probably 35 hours a week but it seems like 80 hours and at 35 hours, I receive £6.70 an hour and all my expenses come out of that so I get probably £3.35 an hour!

I will not resort to trying to establish any justification in what I do but I will condemn the Socialists who attempt to criticise me when they fail to refuse their allowances which they could do.

All will come to fruition soon and we will see those that fail to honour their own words and who can only attempt to criticise others, left by the wayside as their supporters realise they speak with forked tongues.

Posted by Brian Ayling at 23:10 No comments:

Posted by Brian Ayling at 14:38 No comments: 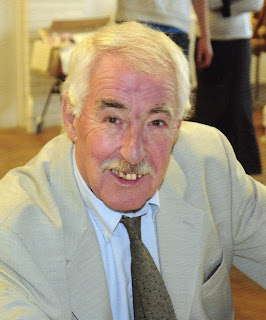 
A Tory vote will continue the failed policies of the current Council Administration and a Labour vote will not improve accountability or
encourage any economic growth and job creation. Only Independents are concerned about protecting and enhancing the character of the town by preventing overdevelopment and introducing policies that improve the health and wellbeing of residents.

The Independent Group currently includes 9 Councillors and is looking to become the majority opposition Group on the Council. We only need a few more seats to create a new Council that listens to the residents rather than the political parties controlled from Westminster. If you want to be a part of this new initiative then vote for me or another Independent candidate if you happen to live in another ward.

This blog is hosted by http://www.blogger.com  and any election related statements are written and promoted by Paul van Looy & Brian Ayling, 108A Ennismore Gardens, SS2 5RB.
Posted by Brian Ayling at 14:53 No comments:

Brian Ayling
Just trying to make a difference so people can enjoy the wonders of this World and not forced to suffer at the hands of politicians who are out to serve their own self interests.